Wow! It has been a while since something new came out of me, hasn’t it? Well, here it is, my latest caricature. Billy Idol is currently the next challenge in a facebook caricature group (Caricaturama Showdown 3000!) and I couldn’t pass it up. One reason is because Billy Idol has a nice bit of character and is a fairly unique individual, because I like his music and because he would fit nicely in my “Monsters of Rock” series.

I have also decided that my Caricature series will no longer be limited to 3 subjects. Mainly because I have 3 already for my “Monsters of Rock” series (although all three have not been completed

) and yet Billy Idol still belongs. So, it could be interesting to see what happens without the self imposed limitation!?

The caricature was created in MyPaint using a Wacom Intuos 5 graphic tablet and branded in Photoshop. 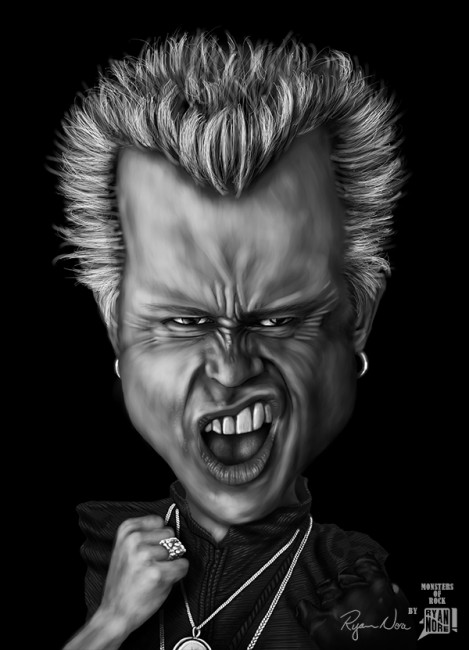 END_OF_DOCUMENT_TOKEN_TO_BE_REPLACED

“The Latest Plague” is an illustrative political cartoon. It, hopefully, illustrates the affects of corporations upon world finance and therefore the general population. It was digitally drawn in MyPaint with a Wacom Intuos 5 graphic tablet and signed and branded in Photoshop.

This is a digital drawing, virtual ink on virtual paper… if you will, done in MyPaint and Photoshop using a Wacom graphic tablet. It is just one of those things that just flowed from the pen. It is possible it will later become a digital painting, but we’ll see. 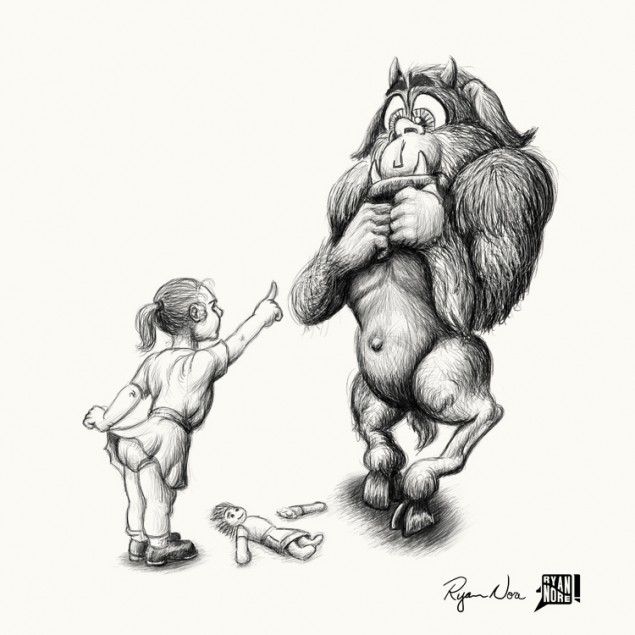 The “Bad Monster” painting, along with the sketch, was featured in issue 92 of Photoshop Creative magazine.

This illustration of the classic fairy tale “Little Red Riding Hood” was created in three different style variations as a study and practice piece. It was drawn, and painted, using a Wacom graphic tablet with MyPaint and Photoshop.

This caricature of Bono from U2 is one of three for a caricature series entitled “Monsters of Rock”. I made the sketch for this caricature about mid March and just now got around to actually painting it. The caricature itself was painted in MyPaint and the background, shadows, signature and branding was done in Photoshop. 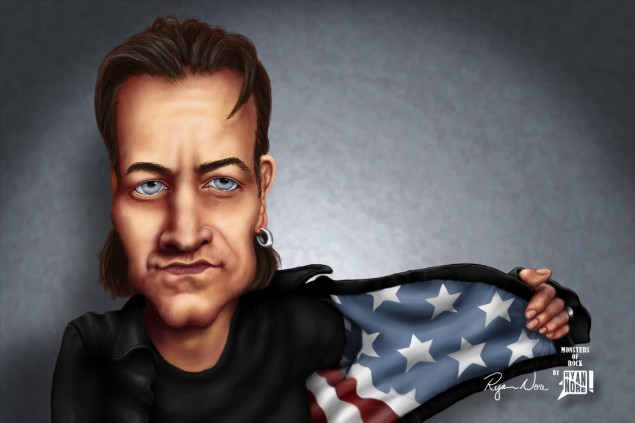 I created this caricature / illustration of Hayao Miyazaki for fun and practice. Sabina had created a caricature of him for a facebook group, Caricaturama Showdown 3000!, and talked me into joining and submitting my own caricature. As usual, I did a pencil sketch and painted the rest in Photoshop.

For those of you that don’t know, Hayao Miyazaki is the manga artist, animator and film director that has created such amazing and surreal films as “Castle in the Sky“, “Spirited Away” and “Ponyo“. 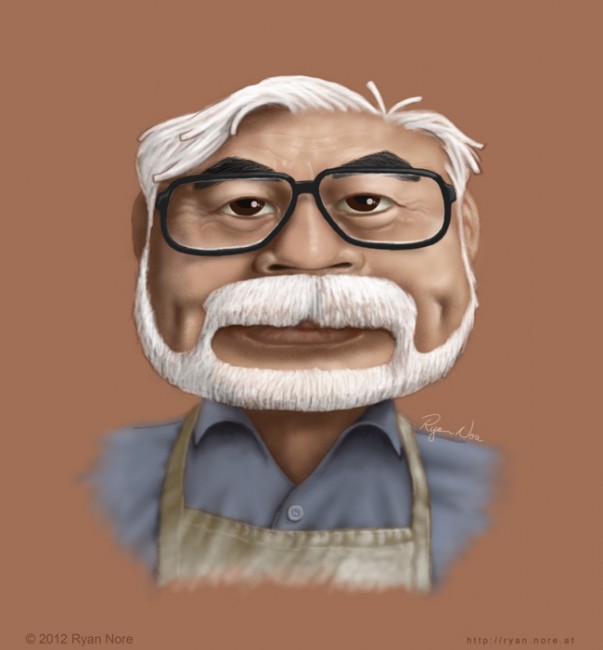 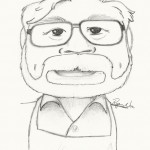 As a kid I was always fascinated and drawn in with comic books and the stories they told. Among my most favorited were “X-Men” and “Avengers“. Aside from the fact that these stories were about people that were born different and through that they were shunned, or even hunted, by those they were risking their lives to protect, I was also drawn in by the art work. The pictorial form of telling a story was intriguing and captivating. I have always been a more visually stimulated person. The printed word seemed to be almost hypnotic through which I would simply zone out and not understand a word I had read. Therefore I would wind up reading the same paragraph again and again just to understand and remember everything I had been attempting to consume.

Another childhood favorite was the Star Wars movies. I didn’t want to do the original stories because they have been done by multiple publishers. So, I had read a few post Battle of Endor novels (21-26 years post) from the “The New Jedi Order” series and decided to do a bit from one of those novels as a graphic novel. Below is an excerpt from Balance Point chapter 14… 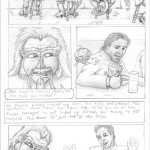 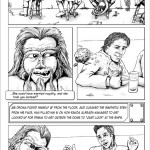 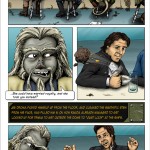 Albeit this subject is not the liveliest, she was kind of fun. She kept reminding me of the bride of Frankenstein. You see it too? Well, it is supposed to be Marie Curie… which in some senses, I guess, it isn’t too far away from being her. The initial sketch was on paper with pencil and the sepia coloration and detail work was done in Photoshop. Some have stated issues with her eyes and with the image’s border. However, in my defense, I purposely left the lighting glare and reflectiosn from her eyes because I wanted to get across the impression I got after looking at all the photos of Marie Curie. That being of emptiness and an almost ghostly presence. I don’t know if that was really the case or simply the result of having to pose for photos back when there wasn’t flash and they had to pose and be still for a short period of time. And the image border I tried to decorate with radio active symbols… some don’t mind them, some like them, and others can’t stand them… you can please some of the people…
=0P 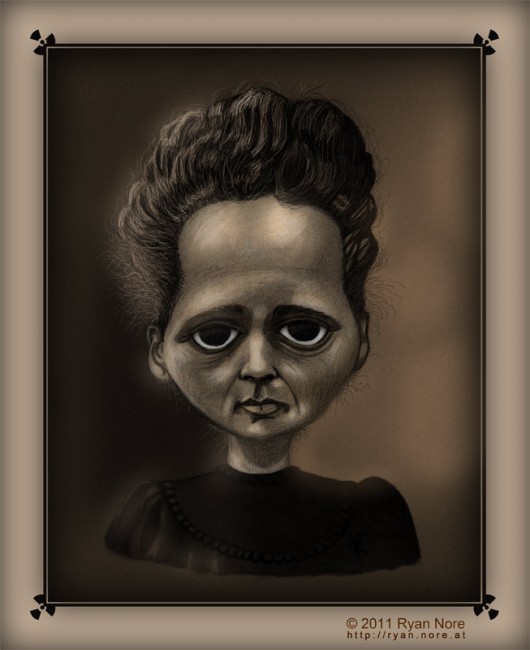 Here’s my caricature of Toshiro Mifune. I didn’t take any one reference for this caricature. I kind of combined different aspects of different aged Toshiro’s.