Well, this is my Happy Halloween painting… a day late!
=0P

Inspired by Disney’s The Legend of Sleepy Hollow Halloween special. When I was a kid I looked forward to watching that cartoon every year. It was one of my favorites!

Anyway, I wanted to record the painting process but I had some problems during the process and didn’t feel like starting over. I did manage to record the sketch. It is on YouTube. The sketch and painting were done in MyPaint using a Wacom Intuos 5. 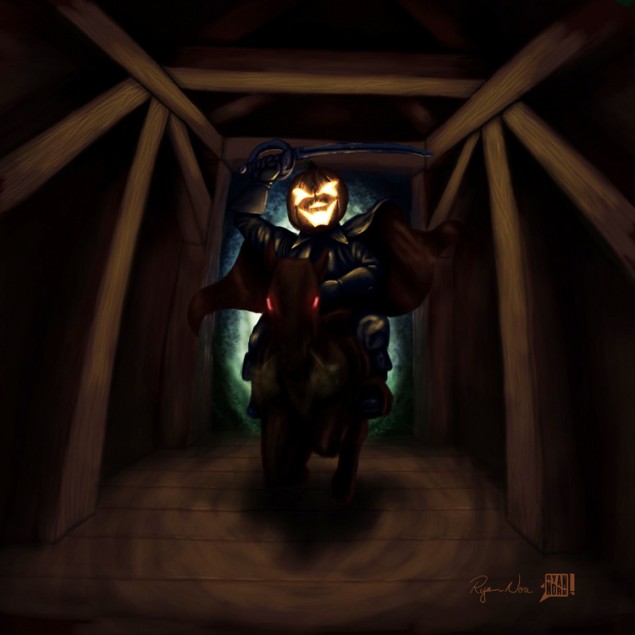 This piece, titled “Invasion” is a sort of study or practice piece. I realized I needed to work on my ambient lighting in paintings to help bring across an emotion that might not be obvious within the action or focus of the painting. Mainly for the painting I started planning a couple of weeks ago. I will possibly do a couple more studies of a different nature because somethings I will be attempting are not really me or part of my style at all.
“Invasion” was painted in MyPaint and Photoshop using a Wacom Intuos graphic tablet. 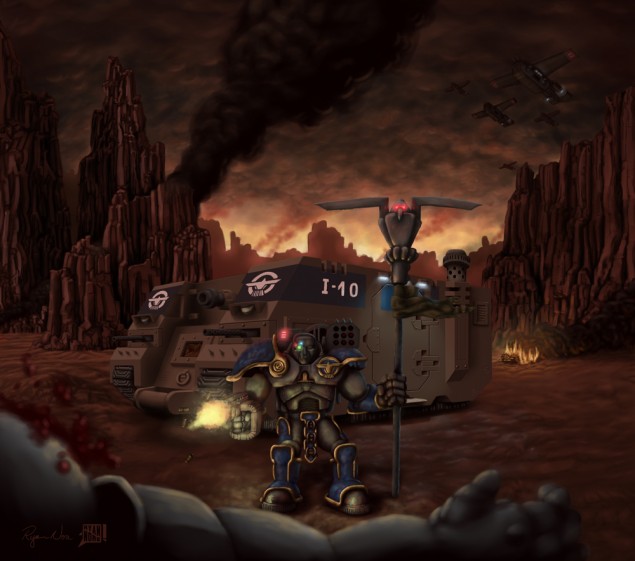 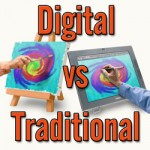 Well, I finally have a rant for you all! I tend to stay in a good mood. Or at least follow what my Mom always told me and my sister when we would attack one another, for whatever reason, which was “If you don’t have anything nice to say, don’t say anything at all!”. But lately I have had enough of the “holier than thou” attitudes from some of these “traditional artists“.

I will get into my rant a little deeper in a moment but right now I would like to clarify some things about myself. I try to be supportive of all “artists” regardless of whether or not I like their artworks. The way I see it is that there are enough destructive and apathetic individuals that when one is discovered to be creative, they should be encouraged and helped to remain so. But how to do it…? How do you remain supportive of a person and their art when they talk down upon the work you do? My discovery? You do it as long as you can and then release on your blog with a well written piece explaining what small people they are and move on! 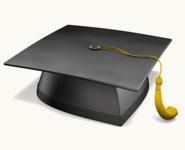 The majority of digital art condemners speak from an uneducated point of view. They simply do not know what they are talking about. They believe that the majority of impressive works are a form of photo manipulation and not physically drawn or painted by the artist. That they just took some photo and used a brush of some sort to blur or smooth the original image to make it look like it might have been drawn or, in the worst case, the believe they just used some programmed effect to get the result. They insistently shove all digital artists in the same boat and start throwing rocks at it. It would be comparable if I were to say “all oil paint art is too unrefined and course like the artist is simply in a hurry to get the painting done“. It would be ludicrous to say at the very least.

Another group of openly dismissive digital art haters are those that claim the reason digital artworks have a certain style and look is due to the software used. Therefore they are taking all artistic ability away from the artist and giving it to the software. It is again an uneducated approach but a bit different in nature because a lot of them claim to know in that they say they have done digital artworks themselves. But if you pry a bit you will find out how they came to this conclusion. They will come to say that they are not so experienced to know how it is all done because they are not so familiar with the software to be able to explain it. I have even heard one traditional artist say that digital artists use software to try and emulate oil paint and that they should just use oil paint instead rather than to accept it is not a matter of emulation but one of style. For example, it would be similar to saying that pointillism is a medium and not a style of painting because if a digital artist paints an artwork in the pointillism style then they again are trying to emulate oil paint. 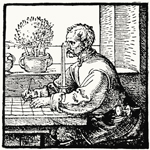 My last argument is a bit tricky in that a lot of traditional artists will say it is easier to paint digitally than traditionally… and in a lot of ways it is… but that does not mean that just anybody can do it. The skill and techniques needed to create truly wonderful paintings digitally are the same one’s needed to paint traditionally. One part that is easier is, practically speaking, you don’t have to buy paint, canvases, thinner, or brushes. Another is you have an unlimited supply of premixed paint in just a small circle on your pallet that you never have to take time to replenish and your pallet is always big enough to hold all the colors your painting needs. Your brush is always completely clean each time you switch colors without having to actually spend time cleaning it. There is no mess to clean up be it brushes, floor, walls, clothes or hands and you don’t need a lot of space to create a painting that has epic dimensions or to store all the paintings you have painted and haven’t sold. You don’t have to worry about paint drying too fast or not fast enough. As for other aspects that make it easier is that you can always make your canvas larger or smaller and move your painting around on the canvas. You can paint under other layers of paint or completely remove layers of paint. You can even adjust the transparency, hue, saturation, and brightness of an individual layer of paint. And this is certainly making things easier for the artist… the things is, traditional artists do the same things when they paint… it is just more expensive and takes longer… because they can only either keep adjusting on the surface or they have to start all over to make their changes. Is it “cheating”? I don’t think so… I think it is just less frustrating and less consuming of both time and materials. 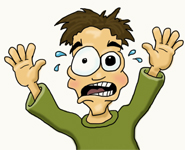 I understand the traditional painters and, for the most part, why they attack digital art. It is similar to the controversy that sprung up when photography started to be considered an art form. The digital artists can do things easier, faster and in a less expensive manner and when they see people admiring digital artwork and not their traditional artworks the natural reaction is to attack and try to show its inferiority. But, if we look at how our world has changed and the kind of things technology has changed you have to see this change was inevitable. Do we judge a beautiful house built with power tools as being inferior to the same built using hand tools? Do we find beautiful places like Hawaii or New Zealand less beautiful because we traveled there with an airplane instead of a sailboat? Is “Anna Karenina” less of a literary masterpiece because it is presented as an e-book than if it were hand written? Most any artist or art critic will agree that what makes an artwork great is the idea. Because it is also well known that a lot of the “masters” had other artists actually painting, sculpting, their artworks and the artist would simply sign it. For the artist, that actually painted it, would feel privileged that their work was deemed good enough for the “master” to put his/her name on it. And nobody calls that “cheating” because they would say it was the idea that makes it a great artwork not the technique or medium that expresses it. Another example of this would be all these places where you can buy actually painted replicas of masterpieces like da Vinci’s “Mona Lisa” or Botticelli’s “The Birth of Venus” for thousands if not hundreds. There again, it is because of the idea that the original is worth so much… not because of the medium used to create it. If they would have painted them in water colors instead of oils they would be worth similarly, again, because it isn’t about the medium in which the painting is created. Yet, the same artists / critics that know these things are going to criticize digital art as a medium… because? Because they feel their passion is being threatened by computers just as so many other things. 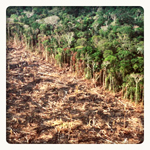 Computers and machines have taken over so many occupations and jobs that even the world of art is “under attack” and needs to be “protected“. I don’t think so. I also disagree with so many things in this world as to the perversions we as a society accept. Computers / technology are not it… cleanliness in respect to nature is my main concern. As for computers in this sense they could be built in a way that you don’t have to buy a whole new computer every couple of years but so that you can replace a small part here and there to upgrade it rather than purchase a new one. My “beef” is with the corporate world in their methods which have lead to the poisoning of the world because of the mighty dollar! In essence computer art helps to eliminate waste and pollution because there are less chemicals needed and through that less being tossed on the ground and in the air… plus materials for canvases (wood and textile) is only needed after it has actually been purchased.

In closing I would like to point out why I don’t “rant” so often and most, I am sure, will never read this part of the text. But the purpose of a “rant” isn’t really for anyone other than myself anyway, is it? I feel better for having vented, and I can now go on pleasantly smiling to all those digital art haters out there!

I don’t even remember why I sketched these two… I think it may have been an idea for a couple of game characters. Anyway, it is pencil on paper. 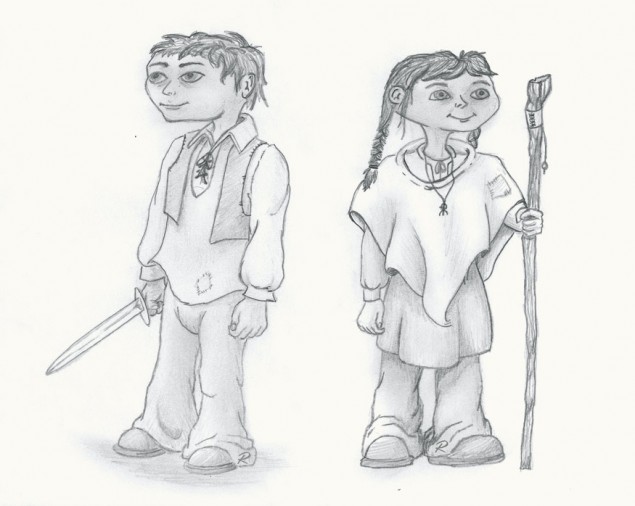 Well, the only reason this is titled “The Unfinished Battle” is because I never finished the drawing. I generally don’t like to show unfinished pieces but I liked it an had big plans for it… I started this drawing years ago… it has traveled with me through a move even.

Oh well… here it is in it’s partial glory… It is pencil on paper. 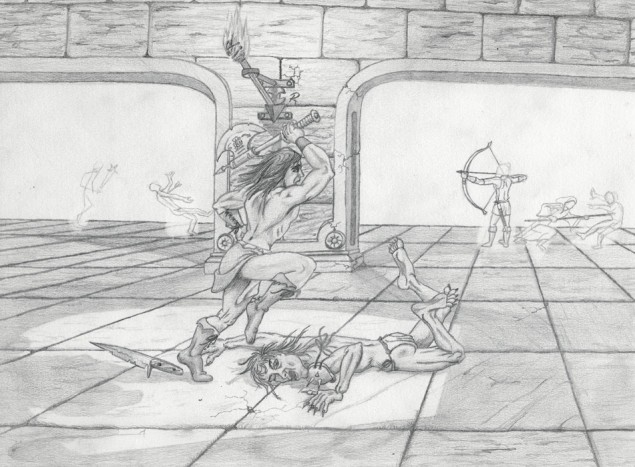