Hey there folks! I just finished a commissioned piece of a 1981 Pontiac Firebird Trans Am. A wonderful fellow from Strongsville, Ohio wanted a cartoon of his car and him, in an environment that suggested it is his home town, to hang in his office. He provided me with some wonderful reference images and it all came together rather nicely… I think.

Anyway, as per usual, it is a digital piece, created in Photoshop using an Intuos 5 graphic tablet. 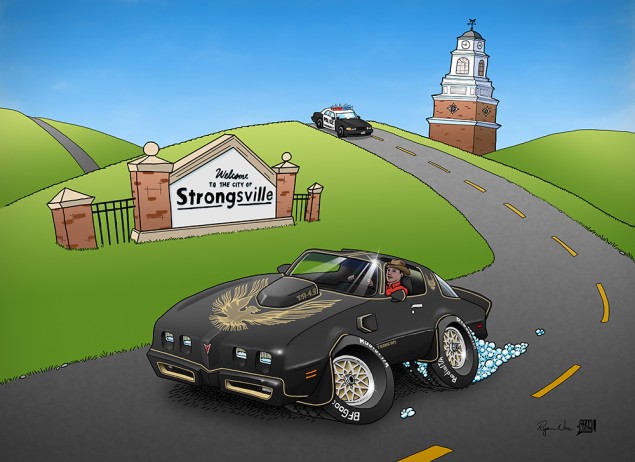 END_OF_DOCUMENT_TOKEN_TO_BE_REPLACED

Here’s my latest “Bad” illustration! This is “Bad to the Bone” another addition to my “Bad” series of children (so far just girls) in cooperation with a monster like being. My working title, all of about 1 hour, was “Just Bad”. Well, obviously that didn’t stick. It was only my working title until I figured out what monster would be behind the little girl. This was drawn and painted in MyPaint and Photoshop using a Wacom Intuos 5 graphic tablet. 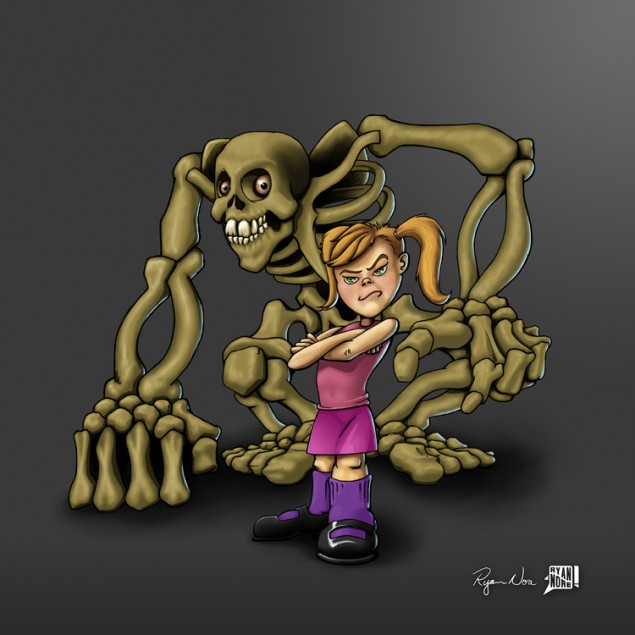 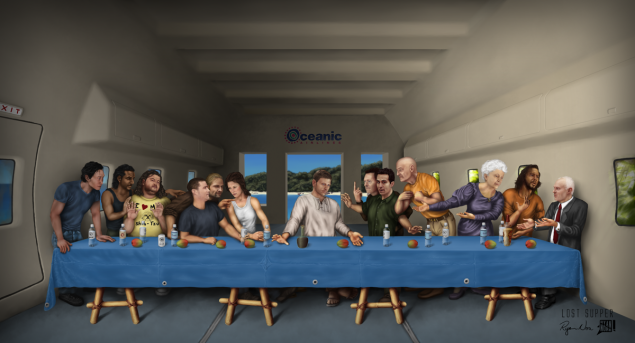 Almost a month ago I posted a virtual ink on virtual paper drawing / sketch of a little girl scolding a monster for breaking her doll. When I made the post, I mentioned that it was also possible that I would eventually paint it. Well, I finally did, and here is is. I painted it in MyPaint using a Wacom Intuos 5 and signed and branded it in Photoshop. 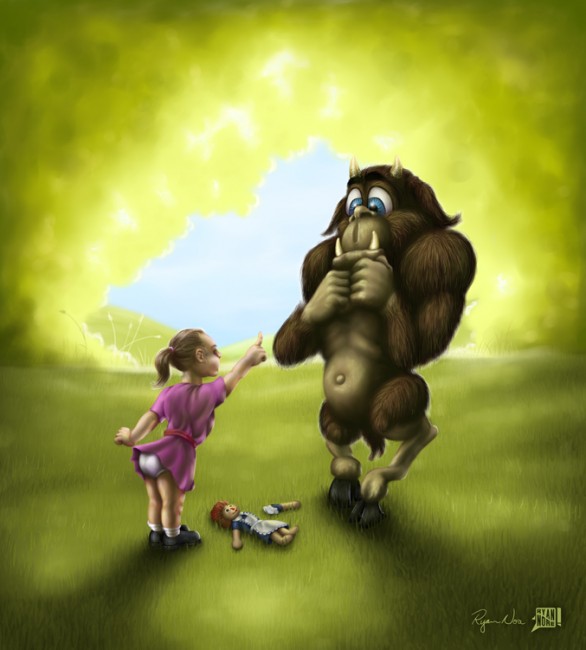 The “Bad Monster” painting, along with the sketch, was featured in issue 92 of Photoshop Creative magazine.

Thanks to a caricature group that decided the challenge of the week was going to be a self caricature I was provoked into doing this one of myself. It is also the first caricature that I made a video of the creation process and you can view it here as well! Now I use this illustration quite frequently as my avatar on a number of social sites. 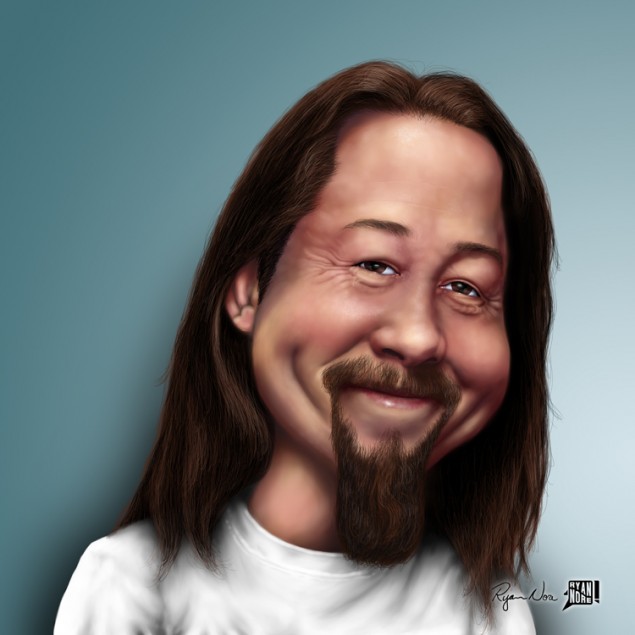 END_OF_DOCUMENT_TOKEN_TO_BE_REPLACED

I have recently started doing a series of caricatures. This painting, or illustration, is the final of three for the caricature series titled “Masters of Mystery“. The world renowned author and Agatha Christie as a master of mystery. 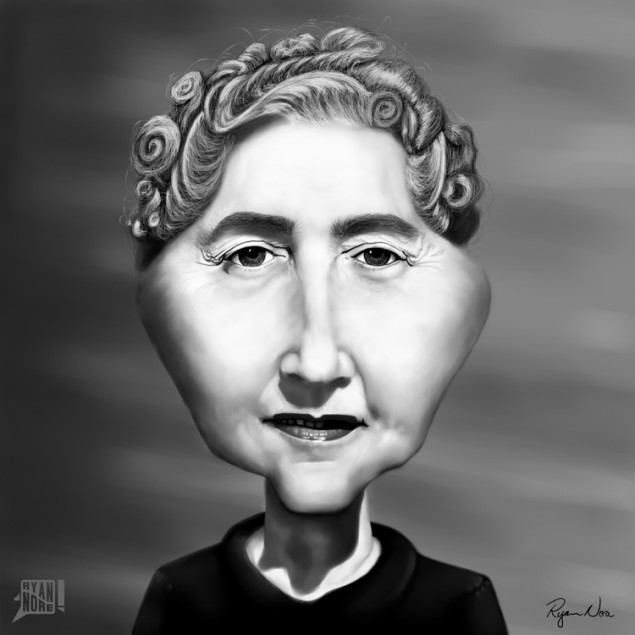 I have recently started doing a series of caricatures. This is the second of three for the group titled “Masters of Mystery“. The world renowned author and poet Edgar Allan Poe as a, and maybe the, master of mystery and macabre. 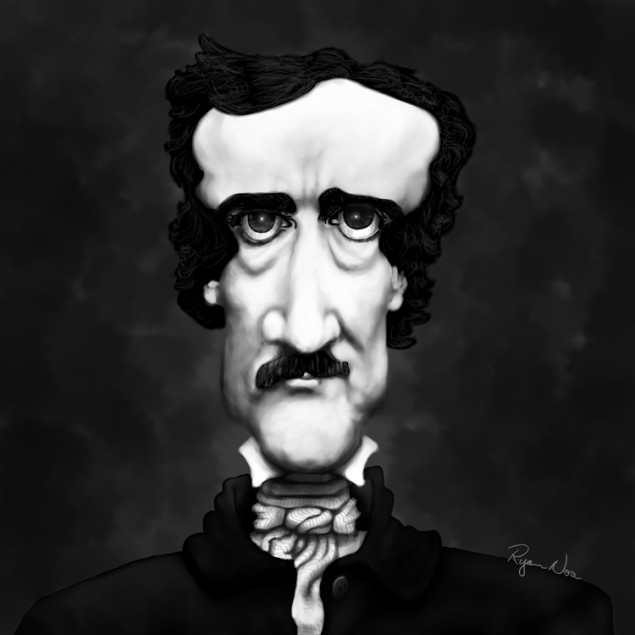 I have decided to do a series of caricatures. These series will be broken up into groups of three containing individuals that are recognized personalities within their field of expertise. The master of suspense and mystery, Alfred Hitchcock, is my chosen first to launch this adventure. And I have titled his group “Masters of Mystery“! 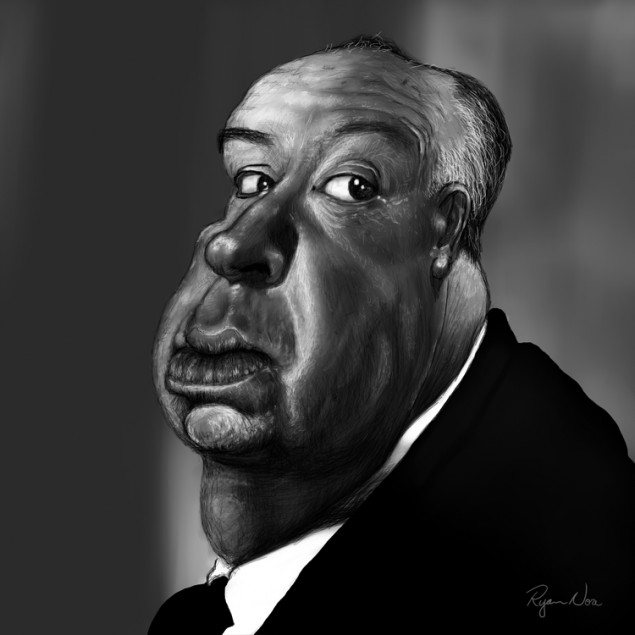 This little comic panel is from a series I am doing. My intent is to take common poses or situations in which you might observe an infant or toddler and show their thoughts as to what they may really be thinking.

The baby and the police officer were first sketched out with pencil and the rest was done in Photoshop. 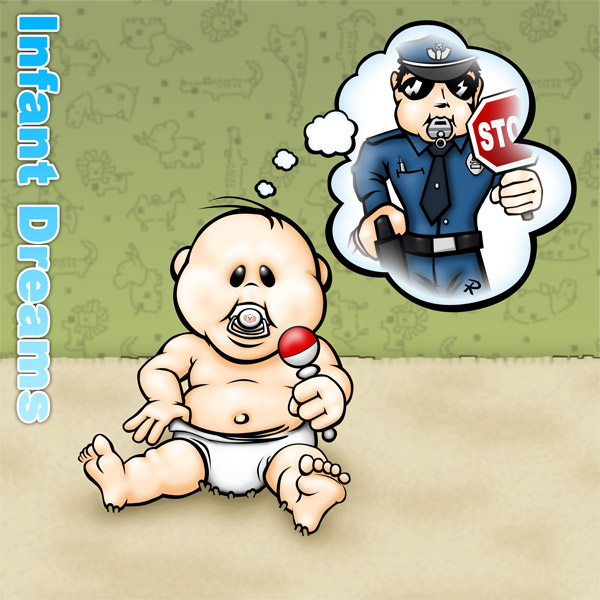