When I was younger, 14 to 24, I used to work on cars quite a bit. A friend and I almost always had a project, rebuilding an engine or simply some modification that needed to be done. Therefore, cars were a large part of my life and I did a lot of drawing cars, trucks, etc. During that time I used to love looking through and reading George Trosley’s CARtoons magazine. So, naturally I was also drawing my own CARtoons.

However, there came a time when cars, didn’t play such a roll in my life and I, as a result, stopped drawing CARtoons. Well, I have recently rediscovered my love for illustrating these caricatured automobiles and pushed out this illustration of a 1979 Toyota HiLux 4X4 pickup truck. Or as I called it, “HighLux”. 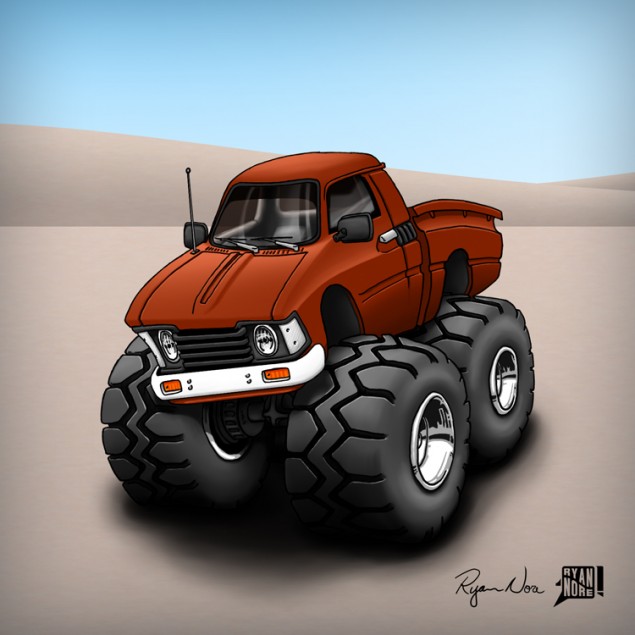 I just started sketching it and couldn’t stop. It was very fun so I will probably do more CARtooning in the future! So, look forward to it!

I used to have a 1979 Toyota pickup of my very own. It wasn’t a high rise four wheel drive as the CARtoon above portrays, but it was almost the same color… originally. Below is a photo of my “Tonka Toy” shortly after having rebuilt the engine. It is between paint jobs and sporting a grey primed finish for the stealth like appearance.

Prior to the grey primer it was primed black, and afterwards it was grey with teal scallops, and then finally white with black rocker panels. 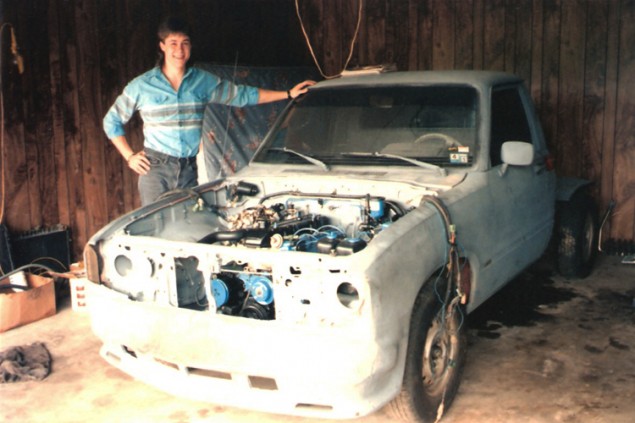